Princess Worth Dying For 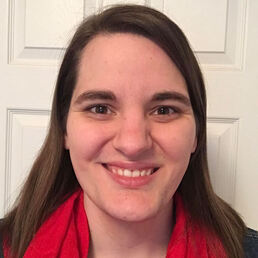 Bethel Grove is a self-published Christian author, spoken word artist, and book blogger who loves to use platforms to share the truth of the gospel, especially to the next generation, and to promote other authors and influencers who do the same. She's 30 years old and currently lives in the Land of Lincoln. A few phrases she uses to describe herself: Analytical, logical, young at heart, passionately devoted, tender-hearted, and creatively-minded. She loves reading and writing, watching Disney Princess movies, and wearing the color red.
​
She graduated from Ozark Christian College in 2014 with a Bachelor of Music and Worship (Music Ministry). Despite being trained in music ministry, the Lord has led her on a different path for her ministry career than she originally imagined. She now volunteers with teen girls, with the desire to someday devote her career to youth ministry.

She started her YouTube channel in 2008, which for several years was used to make videos that reflected her past hobbies. By around 2016, she began to devote most of her videos to making videos that shared the truth of the gospel and the struggles of living the Christian life through a medium called spoken word poetry.

She started her blog in 2014, hoping to use her love of writing to share her experiences and perspectives with her friends. But not long after she began her blogging journey, she starting to become involved with book launching and book blogging. It eventually became the majority of her work on her site.

At the beginning of 2018, she took her YouTube channel (previously known as HPgirl0609) and her blog (previously known as Carpe Aeternatatum) and united her work under the name "Princess Worth Dying For". This name, also the title of her first spoken word poem, reflects her understanding of the way God sees her. Having a firm grasp on this identity gives her the ability to use the talents that God has given her, such as writing, book blogging, and spoken word, to bring glory back to Him and inspire others to do the same.

After having gone through a long season of difficult losses and changes in her life, she felt that God was calling her to take up the call to do something she once thought was only a dream: writing her first book. When she finally decided to take up this call, she wrote the book Beyond Your Wardrobe in less than a month. She took on the challenge of self-publishing in order to share the message that God laid on her heart. She believes that God will use this book to reach the people of this generation that need to hear these truths about modesty and unfading beauty for themselves.

Since then, she has gotten into self-publishing more books based on past and present in hopes of one day being picked up by a real publisher. But for now, she will continue to move forward in faith that the Lord will provide the right opportunities in His time.
Bethel Grove's Books on Goodreads

To the End of Her Days: A Fanfiction Sequel to The Lord of the Rings

Redeeming All Hallows' Eve: A Christian Perspective on Celebrating Halloween