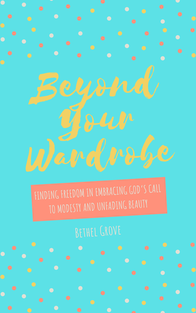 ​"Many have heard the tale of the One Ring of the Dark Lord Sauron and how Frodo Baggins of the Shire brought the Ring and its master to their destruction at Mount Doom, but there is much more of this story to tell. Another part of this story has remained untold to its completion, until now."

When Frodo has a daughter he has to leave behind, she grows up longing to know her father, struggling to fit in, and wondering what her part is in "the greater tale." When she comes of age, she learns that she is destined to have a quest of her own, but instead of being sent to destroy a Ring, she is sent to find a Ring to save Middle-earth before it's too late. However, it doesn't take her very long to realize that fulfilling her quest will be much harder than anyone could have imagined.

Will Arwen Baggins be able to complete her task? Will she be able to endure all that Frodo did, or worse?

Discover what it would be like if the story of The Lord of the Rings continued. Return to the land of Middle-earth with familiar characters, like Sam, Merry, Pippin, Aragorn, Gimli, and Legolas. Meet new characters, like Sam's daughters Rosie and Goldilocks, Pippin's son Faramir, and Aragorn's son and heir Eldarion. A story of friendship, courage, love, hope, and ultimate sacrifice, join them all on an epic journey that will bring the story of The Lord of the Rings to a more complete conclusion.

​[If you have questions or want to know more about how I wrote the book, you can skip past the download section]​
Check out the trailer for an earlier version of the story
[Note: the version of this story linked in the playlist at the end of this video is not current and some details will not match up to the final version available on this site]

Reviews of To the End of Her Days

"This has to be one of THE best fictions I have followed EVER! I could see this as being a real sequel to LOTR. It was similar to Tolkien's writing style. Over all this was such a wonderful fanfiction that almost completely passed into cannon. Thank you for such a wonderful read! A true fanfiction classic!"
Rena - Fanfiction.net Reviewer
"This is so good I can't read it without my head inflating."
Fanfiction.net Reviewer
"I love LOTR and you really show it's values in your story"
Stark DiLiddo - YouTube Commenter
"Tolkien would have loved this"
TheLennbart - YouTube Commenter
"I love this fanfiction you have made you should continue"
FrodoxAnnalover12 - YouTube Commenter
Please read the copyright disclaimer and accept the agreement before downloading: 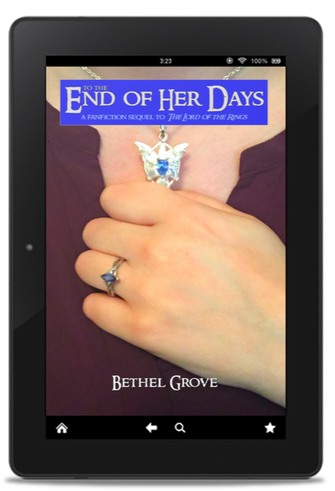 If you have problems downloading these versions or need a different eBook format, please let me know. ​​

How I came to write a Lord of the Rings Fanfiction 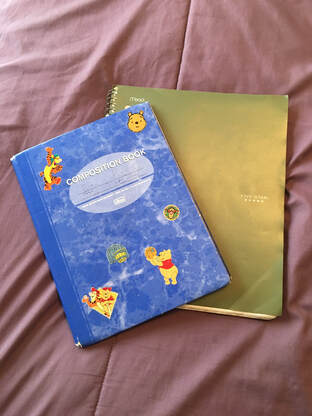 The first two drafts of To the End of Her Days, complete between 2004 and 2008
When I was assigned The Hobbit as my first literature project of 7th grade, I had no idea what to expect. But it didn't take long for me to fall in love with the world of Middle-earth. I came to watch and read The Lord of the Rings shortly after, and that was where it all started. It didn't take very long for the wheels in my head to start turning. In many ways, it started with a simple question: what if? I started to ask this question about Frodo and the other characters in The Lord of the Rings:

What if Frodo found a chance at a happily ever after, only to lose the one he loved after all he had been through? What if Frodo had a daughter that he had to leave behind in order to let fulfill her destiny? What if, instead of being sent to destroy a Ring, Frodo's daughter was sent on a quest to find a Ring? What if two generations of characters were to join her on her quest? What if female characters take more prominent roles than they had in The Lord of the Rings or The Hobbit? What if some of events that Tolkien described in the appendices were fleshed out, like the moment that Sam is reunited with Frodo in the Undying Lands?

With these questions in mind, I started writing To the End of Her Days in the spring of 2004, a few months after I finished The Lord of the Rings for the first time. It was originally titled The True Ring (which I know is cheesy, but I was only 13 so cut me some slack, lol) and was handwritten in a composition notebook (the blue one). I would eventually hand write a second draft (the green notebook) before having the opportunity to type the story out, which is when the story that I'm sharing today really began to take shape. The greatest work in the story's structure and development happened between 2011 and 2013, when my chapter count doubled and my page count tripled. Since then, I have shared versions of this story on Fanfiction.net, Wattpad, and YouTube, but I always assumed those were the only ways I could share it due to copyright restrictions. However, after I independently published Beyond Your Wardrobe and figured out how to create and format eBooks, I realized that releasing my story through my site in eBook form was possible while still avoiding official publication or copyright infringement. I concluded that as long as I don't make any money and I make sure to give credit to the source material, I should be OK to proceed. So a little over a month of formatting and finalizing the book later, To the End of Her Days finally came into the form that I am sharing with you today.

What audience is this book written for?

"In your world, I have another name. You must learn to know me by it. That is the very reason you were brought to [this world], that by knowing me here for a little, you will know me better there."

I hope you understand what I mean after you read it.

How long is your book?

The PDF version, which is formatted to a standard 5x8 book, is 291 pgs. at 11pt font. It contains 27 chapters (including the prologue) and a timeline of events. It also contains some conceptual art.
​
Do I have to read/watch The Lord of the Rings before I read To the End of Her Days?

Although a basic knowledge of the plot of The Lord of the Rings is helpful, I do not believe it's absolutely necessary. I have tried to write this in such a way as to make sure it could be understood by anyone. However, this would give die-hard fans an excuse to rewatch their Extended Edition collection before reading!

Is your book based on the film trilogy or the book trilogy?

It's based more on the books than the films. This means some fans that have only watched the films may become confused by certain details. The most obvious example is that in the book, Arwen Undomiel gives the Evenstar to Frodo close to the end of The Return of the King, while the film has Arwen giving the Evenstar to Aragorn toward the beginning of The Fellowship of the Ring. Just remember if you are confused, it maybe because you forgot or didn't remember certain details from the books.

Do you have an age recommendation for your book?

If your child is old enough to read The Lord of the Rings, then they should be OK to read To the End of Her Days. There is some heavy thematic material that is very much in keeping with the source materials, but I tried to make sure that it wasn't overly graphic. I would recommend that readers be 13 before they start reading, since that was the age I was when I starting writing it. If they are younger than 13, I recommend a parent or trusted adult read it beforehand.

How does this book connect to the mission of your ministry?

This book is actually the place where the phrase "Princess Worth Dying For" was first conceptualized, which would eventually result in that phrase becoming a ministry and a brand name. To learn more about the story of how that phrase developed and what it means, click here.

Are you considering removing Middle-earth from your story to officially publish it?

Yes I am. I have done some preliminary work on it, but I felt I needed to release it in this form first, because I want to see how well this version resonates with the readers. If I get enough positive reviews and feel that my audience has connected well with the story, then I will "pull to publish" (a publishing term for removing copyrighted elements from fanfictions to publish them). Your reviews will be an important part of my final decision to move forward with that project.

What if I have another question about the book?